The decimalsystem and some terminology 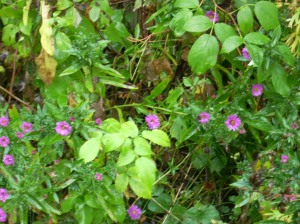 At this point it  might be wise to take a closer look at the decimalsystem which is the way we use to represent quatities in mathematics.

The decimalsystem is a positionsystem (based on powers of ten)  which means that the value of a  number is determined by its position in the number.

Thanks to this ingenous system it is possible to express all rational numbers   with just 10 digits (indo-arabian) 0 – 9. Equalling the number of fingers.

The natural numbers i.e. the positive integers are infinitely many.

This statement an be proved by adding 1 to any given candidate to being the biggest integer.

A peculiar fact is that the number of real-numbers (rational numbers + irrationalnumbers i.e. all the numbers between the real numbers) is higher than  the number of integers. But how can anyyhing be bigger than infinity?

The transcendental numbers however such as π and e cannot be be explicitly written with these integers and therefore one must use special signs for them.

A continuous function is a function that can be drawn in a coordinate system without lifting the pencil from the paper.